FOMO, or fear of missing out, is an acronym for a psychological worry that’s been ingrained in the human psyche for as long as we can remember.

Coined in 1996, FOMO is a term used to describe the stress people experience when they realize others are potentially having more fun than them.

You’ve likely heard it used in a more social sense, for example, when your friends are out having fun while you’re at work. However, it has a place within marketing, too, and it can be a very interesting method of selling a product to your target market.

In this article, we’ll delve deeper into this topic, and the role FOMO has on consumer psychology, focusing specifically on:

What is FOMO marketing?

FOMO marketing is a term that refers to the messaging that entices consumers to purchase something before it’s no longer available.

“FOMO can be distinguished from two kinds of psychological traits, one is the desire for belonging and the other is anxiety of isolation.”

The fear of missing out isn’t necessarily about missing out on getting a good deal; it’s about finding a product before they become unavailable. Some studies have shown that consumers who experience FOMO spend more on average than those who don’t.

This may be because their fear of missing out pushes them to spend money they don’t have. This can be in the form of:

It’s a clever technique that usually relies on the nature of the messaging. To get an idea of what we mean, let’s take a look at some real-life examples of FOMO marketing.

Many B2C businesses have a tag or piece of messaging within their site or store that indicates a sense of limited stock, or that time is running out for you to purchase a product, particularly when selling a physical product

This adds a sense of urgency and panic, pushing prospective customers to buy the product if they feel like it’s not going to be there for much longer.

For example, the online clothing store ASOS does a brilliant job of this.

Within their sale section on the navigation bar, they have a tab labeled “Selling fast”, which is bright red, whilst the other tabs are black. The color makes the words stand out more; red, giving the connotation that there’s an emergency, and the phrase showing, again, a limited stock.

The phrase “selling fast” also gives the idea that a lot of people are purchasing it, reinforcing this sense of FOMO within the target customer, because it’s clearly a popular item that others are enjoying.

They also put the same phrase on the actual product images - so, when you’re scrolling through a page and notice a product is “selling fast”, you immediately assume it’s something valuable, something you’ll likely want, and also something that’ll stop you from missing out if you purchase it.

Another way companies will instill this sense of FOMO within their target market is by using numbers to show their product’s popularity.

The Klue messaging in the image below is a great example of how to do this; they’re highlighting a large number of people (“100,000+ users rely on Klue”) who’ve already signed up for the platform. It indicates that there’s something popular that you, as the prospective customer, are missing out on, that others are already enjoying.

A common method of FOMO marketing is events that require registration to purchase tickets.

One of the most popular examples is Glastonbury Festival. Unlike other festivals, Glastonbury requires you to register for tickets before they launch. There are many steps to the registration process, and by the end of it, you’re still not guaranteed a ticket.

This technique only works when an event or company is already fairly popular because it creates a sense of exclusivity toward the event, and panic if they won’t get a place.

However, if it was from a less popular event, people wouldn’t care as much, and the registration process would cause more of a deterrent than being a “must have”.

What can we learn from these examples?

These techniques work because they allow customers to feel as though they’re getting a deal that they’d otherwise not have access to.

Also, these techniques provide a sense of urgency that makes the consumer act immediately. It’s all a way of applying consumer behavior to your marketing technique.

Other ways you can use FOMO in marketing

"60% of people make purchases because of FOMO, mostly within 24 hours."

As we already know, time limits on sales cause FOMO because the prospective customer is worried it’ll no longer be available once the time is up.

This’ll cause an increase in purchases due to the amount of impulse buys the time limit will create.

Top tip: Using a countdown clock on your website is effective as it’s a visual reminder to the customer that their time is running out.

A giveaway can be effective for a few reasons. First, the audience will feel as though they’re a part of something special, helping to alleviate the fear of missing out. Second, there’s a time limit added to this, meaning they also have that sense of urgency that they need to apply immediately so they don’t miss the deal.

Use social proof or case studies

Proving that others use your product or service is a great way to show that there’s something the prospective customer is missing out on if they don’t purchase it. This is especially true for case studies, as they’re designed specifically to show how useful and enjoyable your product is to use.

A way to take this a step further - or ‘raise’ the level of FOMO - is by using an influencer or celebrity to promote your product. After all, there is a high correlation between popularity and FOMO.

This is useful because it gives you a bigger chance that your target audience will see your product, it can then cause more conversations and popularity around your product, which then will potentially increase the number of purchases.

As we mentioned previously, messaging is a huge part of FOMO marketing. After all, a lot of it comes down to the phrasing of your message.

Your messaging can make or break the decision-making process. So, ensure to optimize your content and copywriting techniques, and carry out enough consumer research to know how your target demographic likes to be spoken to.

The challenges of capitalizing on FOMO

The fear of missing out has become more popular since the rise of social media. In fact, a study showed that 56% of social media users experience FOMO.

After all, it is a place where people constantly seek validation from others, especially adolescents, college students, and young adults.

Another stat showed that "48% of Millenials have spent money they didn't have to keep up with friends."

While this enables marketing professionals to sell their products easier, there’s a growing fear that certain customer segments are being exploited and taken advantage of for financial gain.

Another issue is that by focusing on instilling this sense of FOMO in your target market, you’re going to attract an audience that doesn’t have particularly positive purchase intentions.

For example, there is a phenomenon called “scalping” where people use bots or an automated platform to buy tickets to events (especially concerts) to later sell them for increased prices.

This then makes data analysis and market research more difficult, as some of the data you have collected on your “target audience” isn’t necessarily correct. This could then have a knock-on effect on your marketing approach.

Coming off as disingenuous

By capitalizing on your target audience’s fear of missing out, your company runs the risk of seeming disingenuous, untrustworthy, or forceful.

Some of the FOMO marketing methods are widely known and disliked. For example, when influencers or celebrities market products that they clearly don’t use purely for compensation. This then reduces credibility for both your brand and the influencer, if done incorrectly.

One way to combat this is by finding someone who genuinely loves and uses your product. This way, they’ll have a lot more to say about it, and be able to market it for a more positive effect. Plus, when people then purchase your product, they’ll understand the marketing efforts were genuine, making them trust your brand in the future.

We let you do the talking. 📣

Consider yourself an expert in competitive intelligence or competitive enablement? Feel like this 🤐 and looking for a platform to get your voice out there?

Look no further. The Competitive Intelligence Alliance wants thought leaders like you to get in touch.

It's your insights we're after, so if you're strapped for time we'll have a quick chat, then write the article for you. 💯 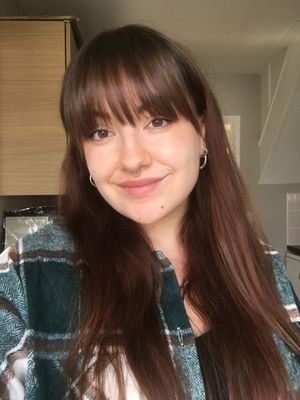 Charley is the Junior Copywriter for our sister community Product Marketing Alliance.

Competitive Intelligence Alliance
—
The role of FOMO in consumer psychology