Everyone's seen that image of the MarTech landscape. It looks more like a map of Middle Earth than a list of product vendors. So if yours is an industry with a similar number of competitors, how on earth do you decide who to allocate your finite resources to?

That's what Erik Mansur, VP of Product Marketing at Crayon, speaks to today's guest about in this episode of Into the Fray: The Competitive Intelligence Podcast. Matt Tyrer, Head of Competitive Intelligence at Commvault, chats with Erik about the first steps he takes when categorizing competitors, as well as how to prioritize responsibilities to stakeholders.

Deciding which competitors to focus on

Q: Commvault is a data protection and information management solution provider. It’s in the security space, so its list of competitors must be a mile long. At some point, you had to draw boxes around those competitors, if only to give your team a way to focus on the most problematic ones. What was the first step you took when drawing those lines?

We already knew who our top five competitors were, just in terms of deal frequency and market positioning. Those were the easy ones to classify as most active and present in the market.

Q: Did you get that from your CRM, or was it more anecdotal?

A lot of that knowledge also came from looking at industry numbers, market analysis, and stuff like that to indicate who the other major players in our space were. We were also looking out for people and brands who are considered thought leaders or market leaders.

From there, we boiled it down to the top five competitors that we encounter with a good deal of frequency. Those are the ones we need to keep on top of.

After establishing the top competitors, we had to segment our other ones because we don't just compete against those five. There are other players in the market that we need to keep an eye on. We looked at industry peers and people in adjacent markets that are making significant moves that might affect our market.

I'll throw a couple of examples out there – Microsoft, Amazon, and Salesforce. We don't view them as competitors, but we certainly track them to see what they’re doing in the market. Where they go and where they're looking are good indicators of things that we need to be mindful of. That stuff's good to know.

Q: So you’ve got a tier one – those are your major competitors – and you’ve got a tier two – the big players in adjacent markets. Do you have a third tier of smaller under-the-radar growth-stage companies that could one day compete with you?

The way I've segmented it – and everyone's probably got a different way of categorizing things – is we've got the tier ones, we've got the tier twos, and then I've gone into more of a use case or line of business approach for other competitors. There are certain brands we compete with for particular use cases, like, ransomware detection for example.

In some cases, we've got duplication. We've got our Commvault core product, but then we also have our Metallic SaaS offering. The competitors are slightly different for that product, but there are some that overlap. I may compete with them for this, and I may compete with them over here – we play in multiple spaces. It's not a mutually exclusive categorization. You can live in several places at once.

Q: The way you've segmented your competitors is through a sort of prioritization methodology. How frequently do you re-prioritize?

I always look at all our competitive assets as living entities. They're not static - you just don't know what news is gonna break tomorrow. We always have to be able to react to those market trigger events where Competitor A releases Product B or something along those lines. When those trigger events take place, we go through and see what assets we need to adjust. Maybe we need to shuffle the deck a little bit and move some people around.

That would be on top of the regular reviews that we go through anyway to make sure that everything is relevant and up to date. Maybe there’s somebody we were competing very heavily against, but we haven't been running into them much lately, so we'll consider pushing them down into a different tier.

Aligning with stakeholders on re-prioritizing competitors

Q: What stakeholders or stakeholder groups do you bring into those prioritization conversations? Do you stay in touch with your sales leadership or a certain group of sellers that are on the frontline? Is it your corporate development team because they're the ones that are going to be putting pen to paper on acquisitions and partnerships?

Similarly, input on intelligence can come from any number of sources. We maintain a kind of response team, if you will, that has key people from across all of those different groups within the corporate structure. It’s truly a cross-functional group, and we keep open communication.

Q: The salespeople are often the loudest in the room because they're the ones who feel the pain if they're losing competitive opportunities. Are there stakeholders whose voices carry a bit more weight because there's a true bottom-line and revenue impact?

That's a good question. Sales obviously have their feet in the fire, if you will, because they’re always actively competing against other vendors. Let's say there was a new competitor that we hadn't really seen or heard a lot of, and sales was telling us, “We need to know what's going on with that competitor”. We’d probably take that back to that response team and say, “Hey, we're getting a lot of feedback from the field that this vendor is causing them trouble”.

Oftentimes, it’s very regionalized. This new competitor might not be a global problem, but they’re challenging vendors in a particular area. And so we'll look at whether this is just a local thing or if it’s a precursor for a larger play that’s coming further on down the line.

It's not a big challenge to add somebody into the mix and put them down in that lower-priority tier to keep an eye on, and we'll also proactively do some research and enablement to help vendors locally. That way, we're also setting the stage for if they do become a more serious competitor.

Approaching CI as a smaller player in the space

Q: How would you approach this if you worked for a smaller player in your space? Sometimes you’ve got to punch up. How would you do that?

I don't think my strategy would be all that different. Even on a smaller stage, you're probably still competing with big enterprise players in that space, but you might not be the enterprise yet. Maybe that's not even in your market. Maybe you're focusing on getting SMB business instead.

So, would I still be categorizing things in a similar fashion? I think so. Now, those categories would probably be very different, but the same structure would persist. We’d have the most frequently encountered competitors that we absolutely need to be on top of because they're the ones our salespeople are competing against every day. And then I’d have those other categories of players we don't compete against all the time.

You have to focus the lion's share of the effort on who you’re competing against daily. That’s where a lot of research into the creation of assets like battle cards and sales briefs goes.

That's where a lot of your enablement efforts are going to be too, in terms of not just creating content, but training, getting that information out there and working with enablement teams and channel teams. You have to make sure that people in the field that are competing on a daily basis a) know where that information is and b) can utilize it. That's the top priority.

As you go down the tiers, you're not going to have to spend as much time training people about the tier-three players because you might not run into them more than once a year, if that.

All that can change though. I can look back and see competitors that we used to actively maintain a lot of content around, and now we barely do anything with them because they've shifted market or exited completely from being an active competitor. Those things are gonna change over time as vendors move around.

The difference in how you deal with the tiers is really about the general level of effort. Do I need to create battle cards specific to these vendors? Do I need to create a competitive brief on all of them? Do I need to do active enablement with the field to make sure they're up to speed with what's happening with these vendors who are on the back burner? Probably not because that's not what our customer-facing teams are most interested in learning about.

They want to know what our top competitors are doing, how to compete against them, and how to beat them in every scenario.

What better place to learn than straight from the source? 💧

Join our competitive intelligence community on Slack for access to fellow CI practitioners and thought leaders. Ask questions, find your next new role, or stay on top of all our latest releases, events, and content. 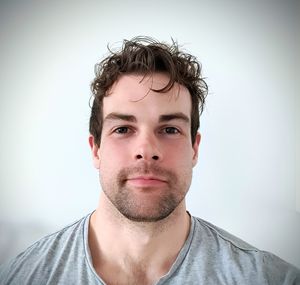 Alex is the tech-addicted copywriter behind much of what you'll read here at Competitive Intelligence Alliance. He's obsessed with producing content to maximize your competitive edge.